Note: This is not investment advice.

What is the Lindy Effect?

The Lindy effect is an idea that the future life expectancy of some non-perishable things like a technology or an idea is proportional to their current age, so that every additional period of survival implies a longer remaining life expectancy.

How does this apply to Bitcoin?

The Bitcoin Genesis Block was created on January 3, 2009 by a mysterious pseudonymous character called Satoshi Nakamoto.

Bitcoin has been in existence for over 9 years and is still standing. In that time, it has survived all kinds of threats that could have stopped it, but have not.

This is important because as Jimmy Song (a Bitcoin educator, developer, and entrepreneur) explains, people build their trust in a new money with the passage of time. "[This] means that survival matters more than anything else."

Some Bitcoiners, looking at how Bitcoin has weathered these storms, have become more confident in the future prospects of Bitcoin as a technology that will be a part of our world well into the future.

It seems, for now, like Bitcoin isn't going anywhere. People are continuing to store wealth in Bitcoin and use it as a medium of exchange.

Threats that Bitcoin has survived

1) Fear, uncertainty, and doubt (FUD) from the mainstream media and public figures

On the Bitcoin Obituaries page, we see that Bitcoin has been declared "dead" by hundreds of so-called-experts and pundits over the years. The site tracks over 300 public statements, but Bitcoin is still standing.

Some entrepreneurs more invested in Bitcoin have called for those making negative predictions to put more skin in the game. Cameron and Tyler Winklevoss, who launched the Gemini digital asset exchange, have challenged one such critic, Jamie Dimon, CEO of JP Morgan, to short bitcoin based on his predictions.

2) Attempts at hacking and damaging the Bitcoin network and protocol

If the Bitcoin protocol had some sort of existing security flaw in it opening it to attack, many assume that it very likely would have been found by now.

With a market cap of over $100 Billion USD, there is simply too much incentive for hackers to avoid the honeypot that is Bitcoin.

It is reassuring that Bitcoin developers have been reviewing, dealing with, and contributing to Bitcoin's open source code, examining it in detail for the past near-decade.

(Update: Bitcoin is not quite so impervious to critical bugs as we thought. A bug was recently discovered and patched that, left unfixed, could have led to double spending and inflation of the bitcoin supply.)

There have been a number of hard forks to the Bitcoin protocol that have been resisted by its community of miners, developers, and node operators.

Hard forks are changes in the Bitcoin protocol that are not backwards-compatible and can't be reversed. They are dangerous, difficult, complex, and can have unintended consequences both technologically and politically for the Bitcoin network.

History has shown that it is not easy to gain consensus and hard fork Bitcoin.

This is good, because it has increased people's confidence that the rules and nature of the Bitcoin network will not change unless it is absolutely necessary.

One of Bitcoin's most important rules is its fixed upper limit of 21 million bitcoins to ever be mined. Added to this is the fact that the rate at which new bitcoins released to miners will be halved every four years. This built-in scarcity is a main property of Bitcoin that long-term investors want to be sure it is respected.

In 2017, China banned the buying and selling of bitcoin and other digital currencies in an attempt to reduce risk in financial markets (over-the-counter transactions are still allowed). Even South Korea, which experienced a buying frenzy for digital currency in 2017, has considered a trading ban.

Other countries, like Malta, have seen this as an opportunity to become a regulatory safe-haven for digital currencies exchanges, brokers, asset managers, and traders.

Bans are difficult to enforce, because the profit incentives for participation in Bitcoin is too large — whether mining, trading, or sending/receiving. If the need is great enough, people will find a way to gain access to it. Bitcoin will not die regardless of regulations in specific countries.

This is true even with the most oppressive governments. People in Venezuela (a country whose economy has been destroyed by runaway hyperinflation) are making choices to break the law today and participate in the Bitcoin economy. They are doing this simply to be able to feed their families.

As long as the technology exists, there is no way to put it back in the box.

5) The potential for a very damaging 51% attack

A 51% attack is where a single miner or coordinated group of miners could scheme to double-spend funds on the blockchain by controlling more than 51% of the hash power on the network.

If 51% attacks had happened on the Bitcoin network, they would have been very damaging to user trust in the verifiability of network transactions. In fact, this has recently happened to altcoins with smaller networks like Bitcoin Gold.

Andreas Antonopoulos, one of the world's most prominent open blockchain experts, explains why this is not a realistic possibility today with the Bitcoin network at its current size.

Bitcoin has been surviving the gauntlet.

As Andreas puts it, all of this is a rite of passage for Bitcoin:

Bitcoin will be attacked, it will be attacked through its mining, through the network, legally, and every possible way. If you don't think Bitcoin is going to be attacked, you've misunderstood what this is about. You don't go and poke a $20 Trillion industry and say 'Hey, we are going to disrupt you' and then wait for it to roll over.

Even though Bitcoin has been weathering the various threats thrown at it doesn't mean that it is not susceptible to new and ongoing threats.

Some analysts are claiming that these threats are more likely to slow down Bitcoin's continued adoption as money, rather than stop it completely.

[...] Bitcoin will go through hick-ups (hiccups). It may fail; but then it will be easily reinvented as we now know how it works. In its present state, it may not be convenient for transactions, not good enough to buy your decaffeinated expresso macchiato at your local virtue-signaling coffee chain. It may be too volatile to be a currency, for now. But it is the first organic currency.

But its mere existence is an insurance policy that will remind governments that the last object establishment could control, namely, the currency, is no longer their monopoly. This gives us, the crowd, an insurance policy against an Orwellian future.

Threats that Bitcoin continues to faces include, but are not limited to:

Potential fragmentation of the Bitcoin community

There is always the threat that Bitcoin community (consisting of developers, miners, full node operators, exchanges, merchants, users, economists, commentators, and so forth) can be infiltrated by people who are tasked with "spreading disinformation, creating dissent, and arguments and drama within the Bitcoin community" (Antonopoulos).

In fact, the community might very well be deeply infiltrated by such members already. Because of this, there is a potential that this kind of artificial fragmentation and in-fighting could significantly slow down the development and adoption of Bitcoin.

Bitcoin is not anonymous. It is more accurately described as pseudonymous.

The entire Bitcoin blockchain is available to anyone who wishes to download the data from a full node. Governments and a number of blockchain analysis organizations are developing and implementing forensic analysis techniques to de-anonymize data on the blockchain in an attempt to link specific identities to wallets and transactions. This has, in fact, led to the prosecution of many criminals who have used Bitcoin to make their transactions.

There is also the threat that Bitcoin will not stay fungible. Fungibility is often held as an important property of sound money. If Bitcoin were to remain fungible, it would mean that one Bitcoin would always have the same value as another Bitcoin. Should chain analysis organizations link bitcoins to past transactions involved in criminal activities, any connected bitcoins could very well be considered "tainted" or "dirty" by governments, affecting their ability to be used in future transactions.

More generally, privacy advocates state that Bitcoin will need more in-built privacy so that it can be readily adopted around the world—especially in countries whose governments have banned the use of Bitcoin as an alternative to local fiat currency.

A number of upgrades to improve privacy on the Bitcoin protocol have been proposed and are currently being developed. They are covered in a recent article in "Bitcoin Magazine" by writer Aaron van Wirdum.

"As you know, getting bitcoin is super-easy. It's also super-hard to keep. There are hackers and all sorts of other things that can happen to your bitcoin keys." - Pamela Morgan, Bitcoin educator and attorney, explains in a video on securing your Bitcoin

Hacking and theft are always a concern. It is also estimated that nearly four million bitcoin have been lost forever. That is approximately 23% of existing Bitcoin.

All of his raises concerns as to whether a large portion of the population will be able and willing to take on the responsibility of securing their Bitcoin private keys. If large numbers of people continue to lose their Bitcoin for any number of reasons (hackers, scams, poor backups, etc.), it could severely hamper Bitcoin's adoption as a currency.

That is, as Elizabeth Stark, Co-Founder of Lightning Labs, explains, "until we redesign and rethink the security structures around us". This is not a small task for society at large.

The price of bitcoin is largely dependent on market speculation at this time. As The Economist reports:

An old saying holds that markets are ruled by either greed or fear. Greed once governed cryptocurrencies. The price of Bitcoin, the best-known, rose from about $900 in December 2016 to $19,000 a year later. Recently, fear has been in charge. Bitcoin’s price has fallen back to around $7,000; the prices of other cryptocurrencies, which followed it on the way up, have collapsed, too. No one knows where prices will go from here.

Clearly, if Bitcoin is ever to act as a unit of account, it will require better price stability.

In its short history, Bitcoin has often risen to new highs, and often had large corrections on those values. Up until now, Bitcoin's price has eventually found new highs after each correction. Still, Bitcoin's price volatility makes it difficult to use Bitcoin as a primary currency without referencing fiat currencies for conversions.

Bitcoin is still figuring out how to scale

There are a number of ways that the Bitcoin community is looking to scale Bitcoin.

Some of these, including the backwards-compatible soft-fork named "SegWit" have already been implemented. These solutions have allowed for a reduction in the size of Bitcoin transactions, and the batching of transactions to increase the number of transactions per second on the Bitcoin network.

Generally speaking, these scaling goals include:

That said, the network is still under active development, and best used for small and experimental transactions. It will continue to develop, be tested, and improved over time.

We will see what happens

The fact that Bitcoin has survived so long seems to tell us, based on the Lindy Effect, that it is far more likely to survive into the future. Time will tell, but what the Lindy Effect tells us is that—maybe—time is now on Bitcoin's side. 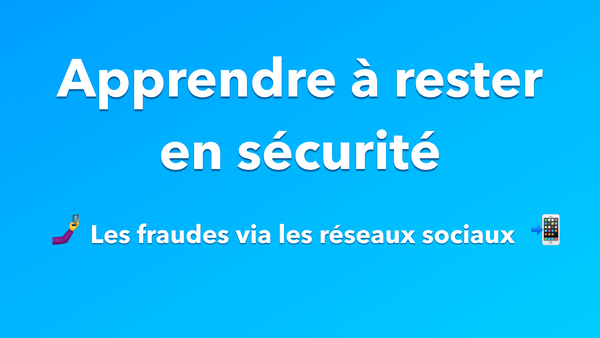 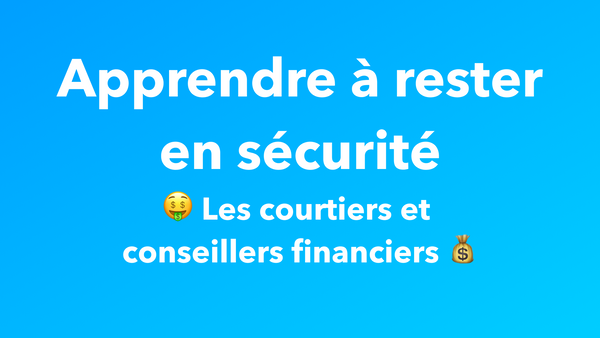 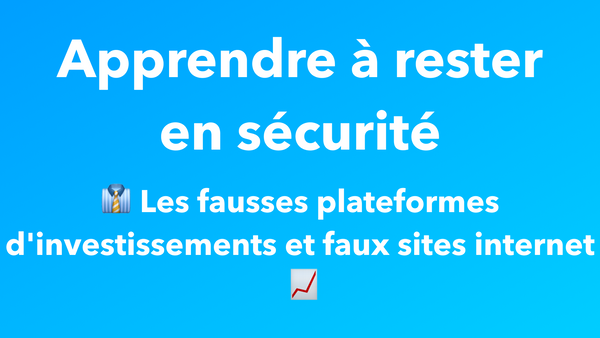